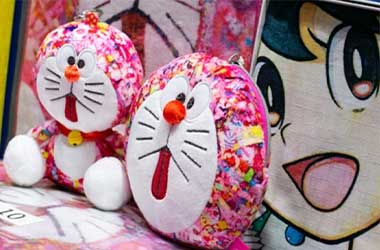 An exhibition of art, inspired by a hugely popular robot cat; its first global showcase outside Japan.

Lose yourself in themed confectionery and food from the historic Japanese confectionery maker Toraya, colourful larger-than-life paintings and sculptures, Doraemon-inspired artworks and original drawings of the early iterations of the cast of characters from the manga series phenomenon, and limited edition Doraemon collectibles.

Doraemon has been translated into 17 languages and is present in 20 countries in comics, television and movies.

Renowned artists Yakashi Murakami and Yoshitomo Nara, with 26 other artists and groups were commissioned to create the artworks around this kawaii cuteness, in response to the theme of Create Your Own Original Doraemon.

Doraemon, manga and anime : it doesn’t get more Japanese than this.