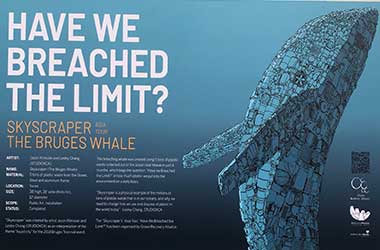 Skyscraper, the Bruges Whale, a sculpture of a breaching whale just outside the ArtScience Museum, is a powerful visual representation of why Greta Thunberg has inspired a global movement to save the planet. Must-see for all those who care for the world of tomorrow – for themselves, for their children … 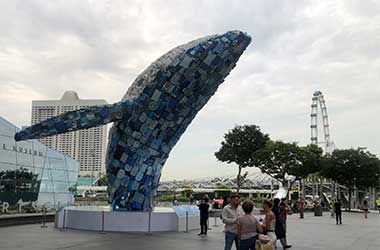 Created by Brooklyn-based architecture and design firm StudioKCA, this 38-foot-tall whale – fabricated from 5 tons of plastic waste fished from the Pacific and the Atlantic Oceans – is a stunning commentary on our current environmental state; a powerful reminder of what we are pumping into our oceans.

In response to the estimated 150 million tons of plastic trash currently in the ocean, over 4 months, and from the beaches of Hawaii, StudioKCA collaborated with Hawaii Wildlife Fund to collect all the plastic used in Skyscraper. 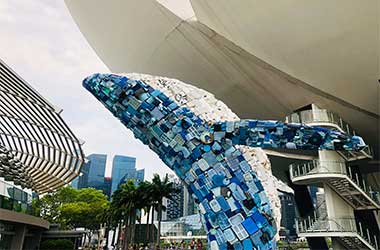 After sorting the plastic by size and color – from hangers and kitchen bowls to toilet seats and car bumpers – they worked on the engineering of the internal steel structure and ran a successful Kickstarter campaign for the fabrication and shipping of the enormous installation.

Whales – the largest mammals on earth – are dwarfed by the amount of plastic waste in the ocean, estimated by scientists to be as much as 8 million tons a year.

It is said that there is now more plastic waste than whales in the oceans. 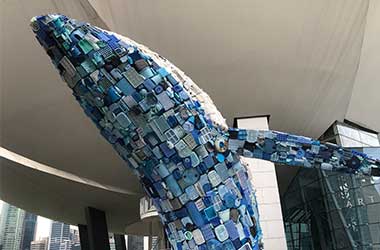