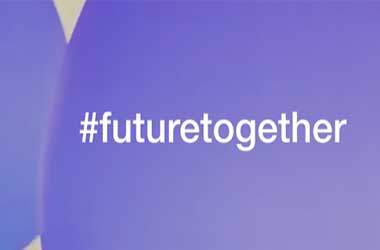 Created around the themes Aspirations, Connectivity and Possibilities, the digital art is mesmerising and something children should discover. 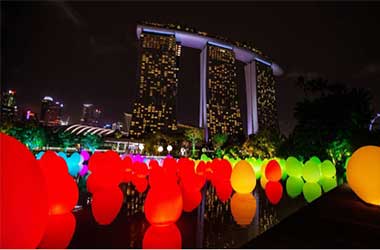 Autonomous Resonating Life on the Water and Resonating Trees @ Dragonfly Lake : Ovoids of light floating on the surface of the water shine along with the lights on the trees on the shore. These lights are autonomous: they shine brightly and then fade slowly, as if breathing.

Push an ovoid pushed, and the colour of its light changes with a sound specific to that color. Light and sound resonate, spreading through the ovoids and trees.

When this happens from the other side, it signifies the presence of people or local animals. The idea is to encourage the awareness of the existence of other living things in the same space. 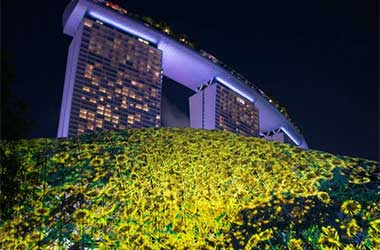 Flowers and People – Giant Lattice Mass, A Whole Year per Hour : Flowers bloom and scatter on a giant lattice 15m high and 38m wide. In the course of an hour, viewers will experience a whole year of seasonal flowers, continuously in motion as they are born, grow, bud, bloom, scatter, wither and disappear in a repetitive cycle of life and death.

The proximity of people moving around makes the flowers scatter. They bloom more abundantly than usual when people remain still.

The artwork is rendered in real time by a computer program; it is neither a prerecorded animation, nor on a loop. It is representative of the fact that previous visual states can never be replicated – and will never reoccur. 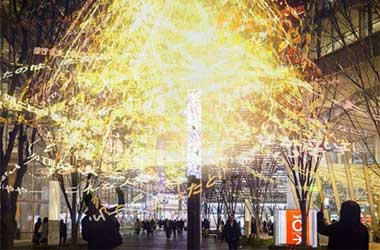 Message Pillar : Use the Message Pillar app and look at the pole of the Message Pillar through your smartphone camera. You will see words floating around the pillar. Use the app to write and post a message, and it will join the other previously-posted messages, joining them to form a tree.

Animals with flowers growing on their bodies come and go : Flowers grow and bloom from the bodies of the animals, and in time, their petals scatter; they wither and die. The cycle of life and death is continuous and eternal

When people touch the animals, the petals scatter. If the touch is continuous, all the flowers scatter, and the animals die and fade away.

An existential message, featuring the flora and fauna of Singapore. 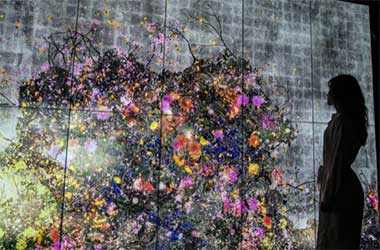 Continuous Life and Death at the Now of Eternity II : In real time, flowers are born, bloom, wither and die, eternally repeating the process of life and death.

The artwork brightens with the sunrise, and darkens as the sun sets. The blooming flowers change over the course of a year.

The artwork is created by a computer program that continuously renders it in real time. It is continuously changing. Previous visual states are never replicated and the picture of the moment can never be seen again. 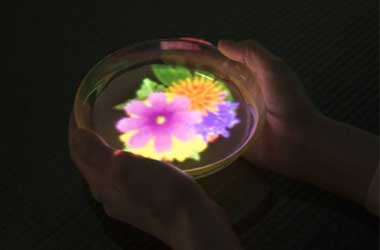 Flowers Bloom in an Infinite Universe inside a Teacup : Make tea and flowers bloom inside the teacup. Move the teacup or pick it up and all of the flower petals scatter and spread outside of the cup. As long as there is tea in the cup, flowers will continue to appear and bloom.

The artwork appears for the first time when there is tea in the cup; when the tea is gone, the artwork disappears with it.

The work is rendered in real time by a computer program; it is not a prerecorded video. The artwork is influenced by the viewers, as their behavior causes continual change and transformation. This moment of the artwork can never be seen again and a previous state will never be repeated. 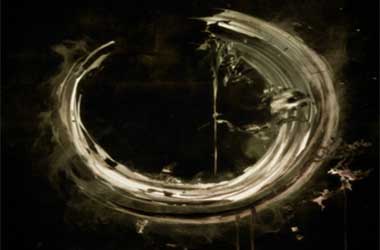 In Zen, enso is a circle that has – since ancient times – been written with canes or sticks in midair. It is said to represent enlightenment, truth, the entirety of the universe, and equality. The circle also reflects the hearts and minds of those who view it, with its interpretation left to the individual. 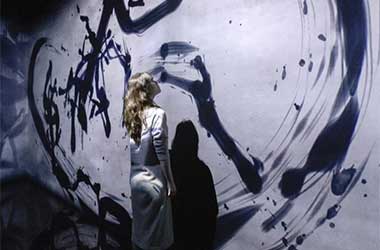 Reversible Rotation – Black in White : Spatial Calligraphy offers a contemporary interpretation of traditional Japanese sho (calligraphy) in an abstract space, reconstructing it in three dimensional space through the depth, speed and power of the brush stroke.

It rotates in the artwork space, every aspect rotating in the same direction, but whether it appears to be rotating clockwise or counterclockwise depends on perception.