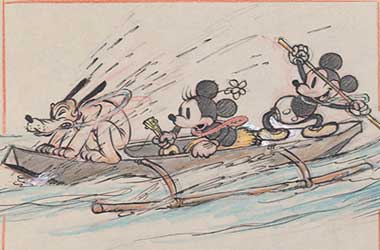 Disney : The Magic of Animation

How they did it. How they do it now – the magic behind almost a century of artistry and technological innovations that bring beloved animated characters to life.

Over 90 magical years of Disney animation, featuring a selection of more than 500 art pieces, including original drawings, paintings, sketches and concept art, curated by the Walt Disney Animation Research Library.

A fascinating insight into how Disney Animation developed its numerous animation techniques, from the simplest hand-drawn lines to the most elaborate computer-assisted creations, extending from the timeless classics such as Steamboat Willie (1928) and Snow White and the Seven Dwarfs (1937) to The Lion King (1994) and other classics of the Disney Renaissance, to recent blockbusters such as Frozen (2013), Zootopia (2016), Moana (2016) and Frozen 2 (2019).