Attack on Titan : The Exhibition

Attack on Titan : The Exhibition 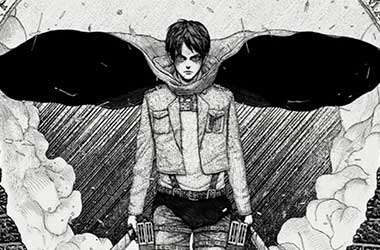 Humanity is on the brink of extinction in this best-selling dark fantasy manga and anime series, written and illustrated by Hajime Isayama.

The last humans are hiding behind walls to fight against mindless gigantic humanoids. The exhibition introduces visitors to the rich characters, themes, and intricate worldbuilding of this global cultural phenomenon.

The manga series Attack on Titan began serialization in 2009 and developed into an elaborate saga transcending cultural boundaries. Over 100 million copies have been sold in print and it has spawned live-action film adaptations. After an 11-year publication run, the manga’s recent conclusion marked the end of an era. Its anime TV series began in 2013 and its fourth and final season coincides with the run of the exhibition.

Features over 180 artworks ranging from the manga’s earliest days to the present as well as new pieces that have not been displayed anywhere else in the world, alongside drafts and sketches from its archives. Step into Isayama’s sprawling dystopia and experience an immersive battle sequence set in the Great Titan Theatre as well as displays of Titans, characters, and objects from the manga.

Guests are encouraged to pre-purchase their tickets online prior to their visit, due to limits in venue capacity and timed entry to the exhibition.

Each guest is limited to five tickets per purchase.